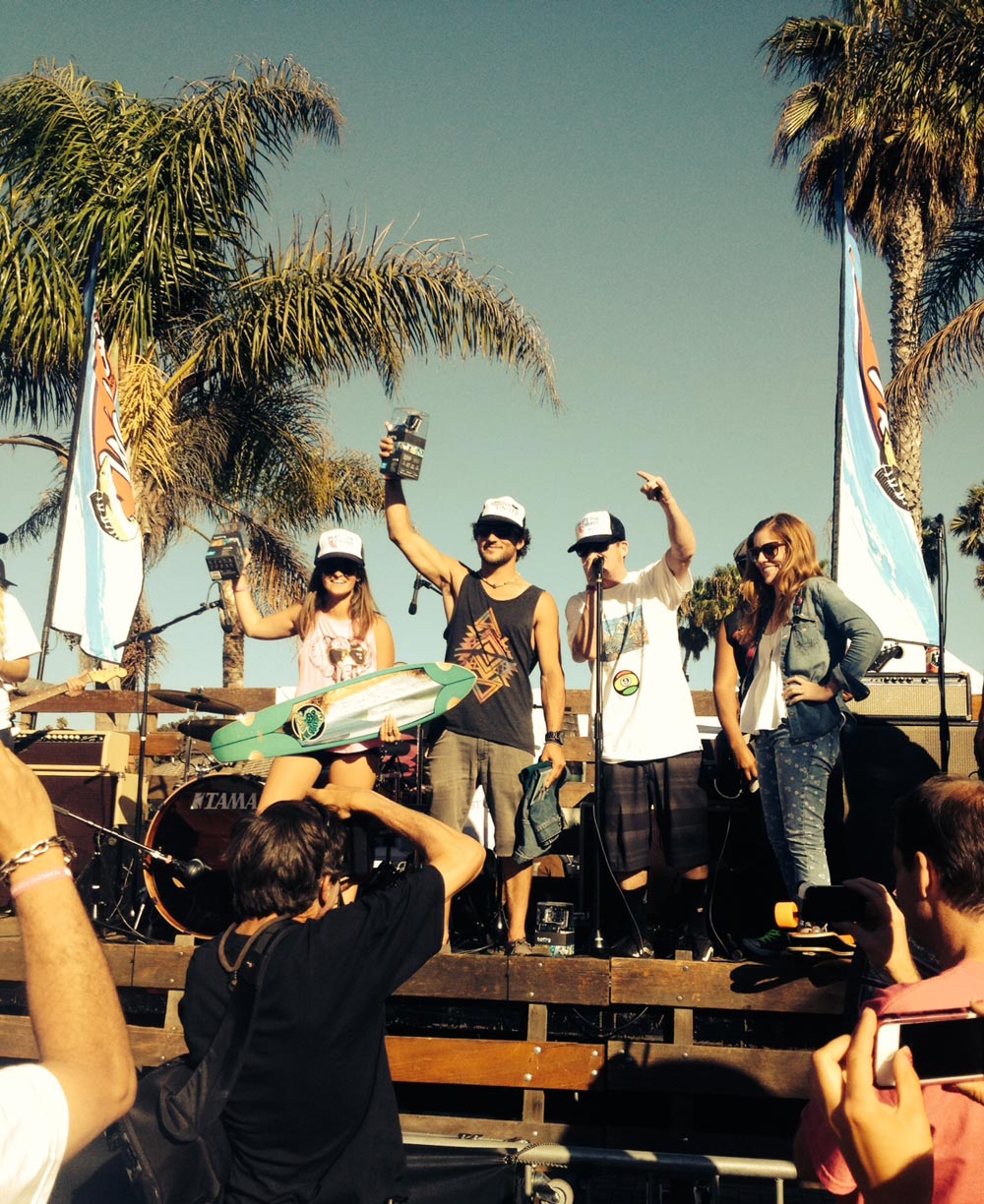 Over 100 people showed up for the 18-mile Skate from Santa Monica to Redondo this past Saturday, and the Mitten United team raised raised over $2,300 for B4BC! We’re proud to be part of such an amazing event and to be friends with such a fantastic organization.

It all started Friday, when we packed up the truck with 5 boards and headed down the mountain to the beach. The excitement was brewing! 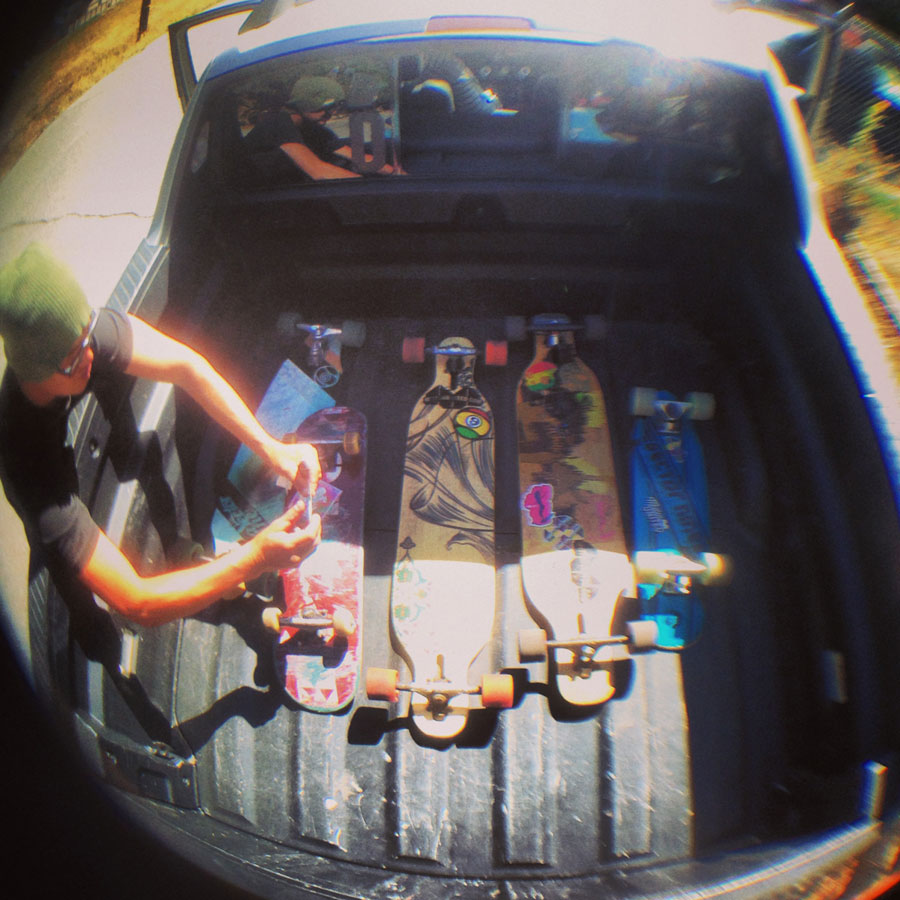 5 boards, 3 dudes. The MU crew loads up dddirkse’s truck and hits the beach.

We posted up in our hotel, snagged some grub, and plugged away at work. The night was about to get kicked off.

We showed up to Waterman’s, and saw a bunch of friendly, smiling faces from the lovely ladies at B4BC. We instantly jumped into a game of Bingo and on my second game I won a brand new Sector 9 deck! Talk about good luck.

New Sector 9 Deck, won during a friendly game of Bingo.

After some good conversations with some amazing people, we left the kickoff party and headed to the hotel to grab our boards and do a night skate. Skating in downtown Hermosa Beach at 2am is quite the sight to be seen, but after an hour or so we headed back to get some much needed rest before the 18-mile push.

Saturday! After some coffee & some grub, we arrived at the Santa Monica Pier and met up with the group. Somehow we managed to miss the group photo, but got there just in time for the group departure. Game on! 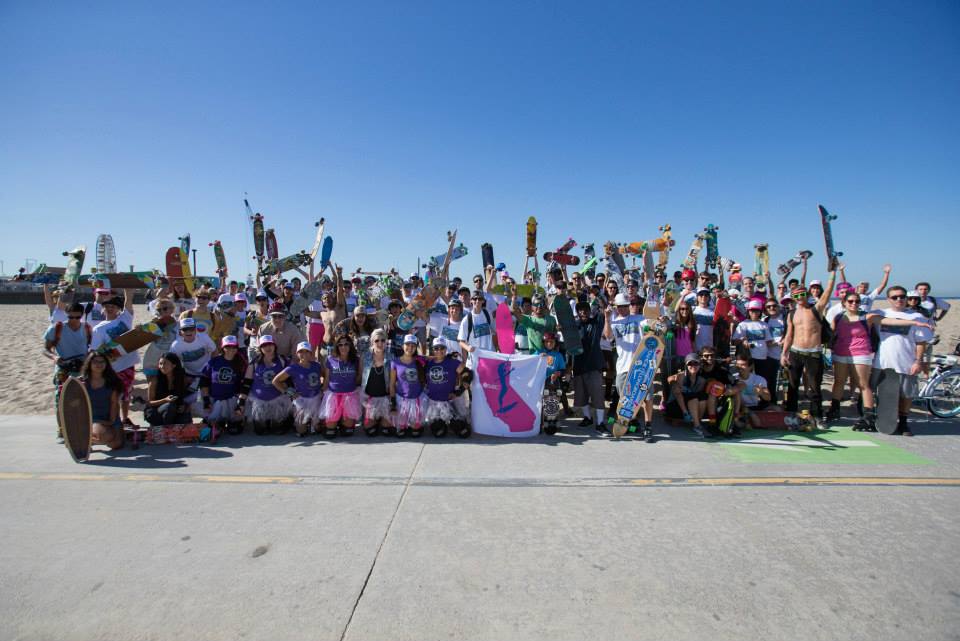 100+ people group together before the 18-mile push! Photo by A-Game Photography.

Nothing but blue in the sky, a warm breeze and beautiful oceanfront scenery. The day could not have been better. 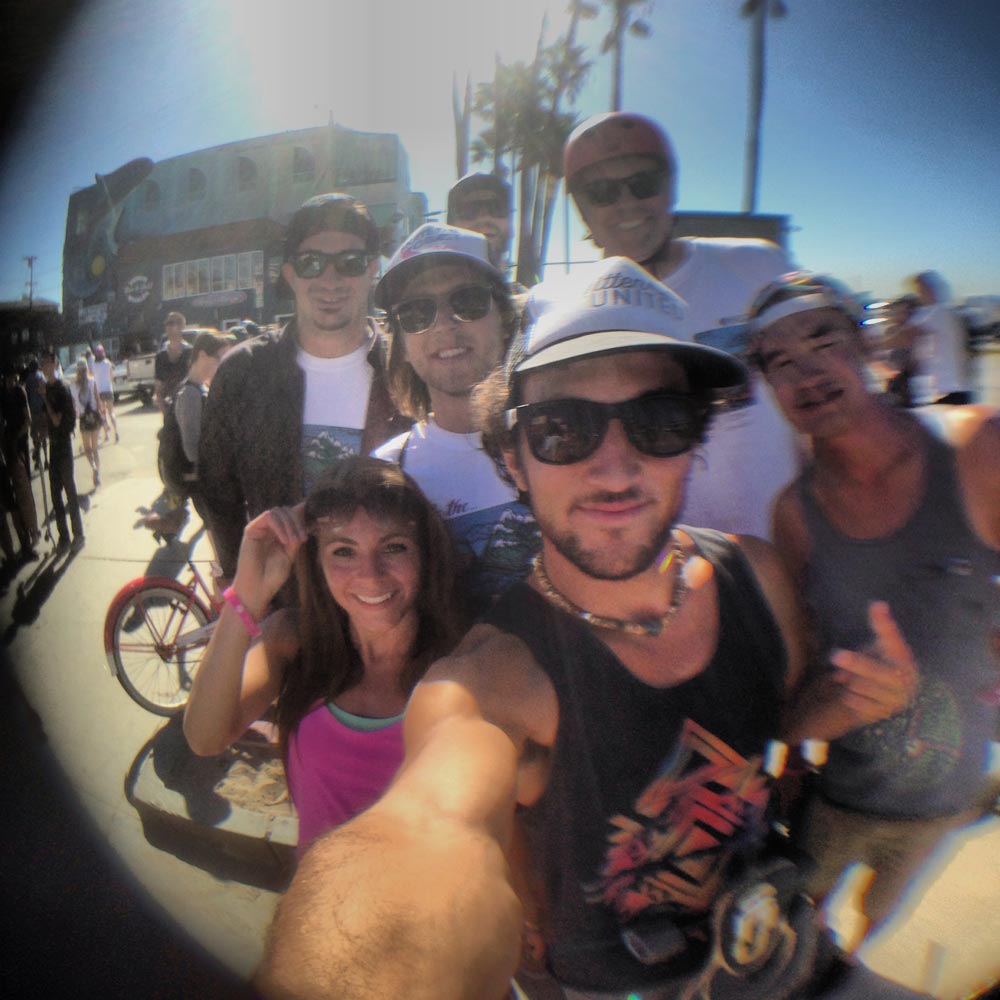 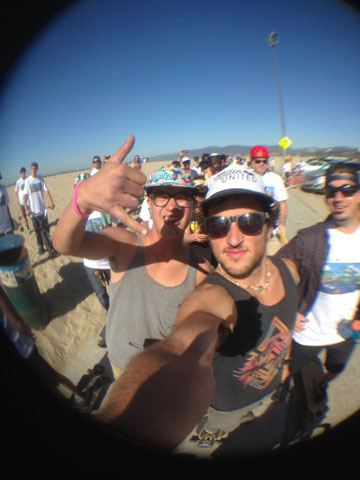 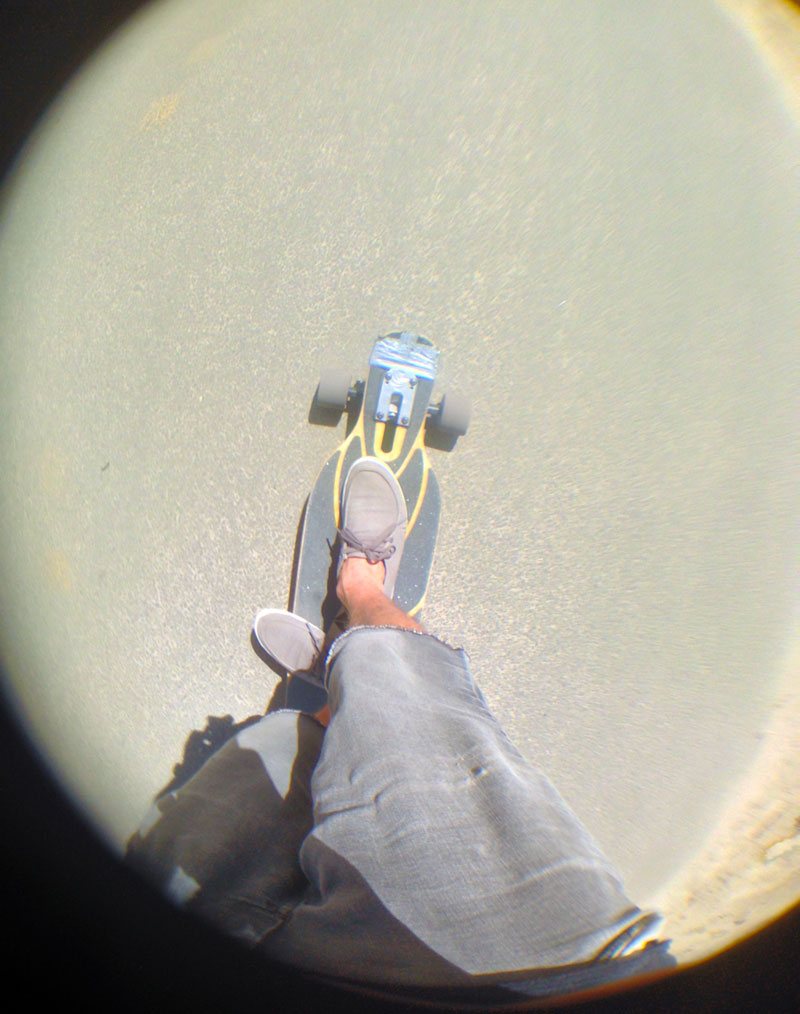 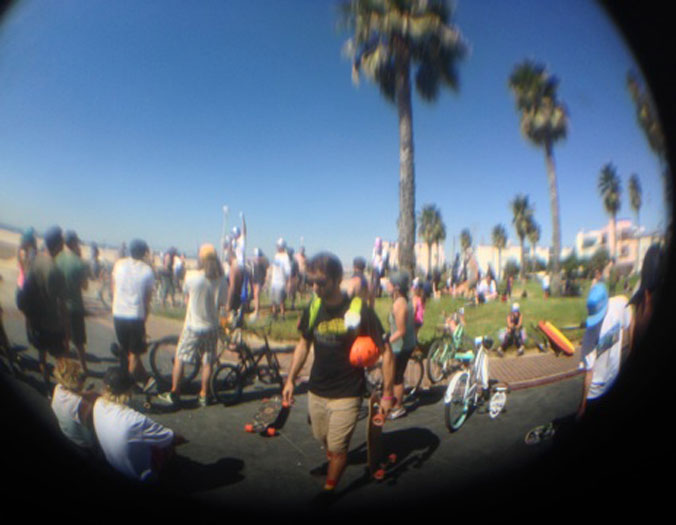 Hydration station along the 18-mile push. 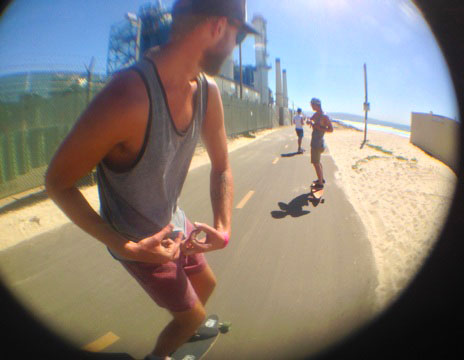 Danny getting down on the beach.

Per usual, Curt Sterner lead the pack, getting us through our hydration stations and along the path to the end. I brought two boards this year, my super flexible Loaded and my Penny-like board from Sector 9, both of which I won at last year’s Skate the Coast! So, I felt it was appropriate to bring both and alternate off with my Friend Mark Pimentel since he feels comfortable riding any board. After 14 miles of riding flexible bamboo, I reeled in the final 4 miles on the Sector 9. That little blue rascal got the job done.

We were greeted at the finish line with the B4BC tent, loaded up with water and gathered for one final group photo. We made it. Now, time to eat. 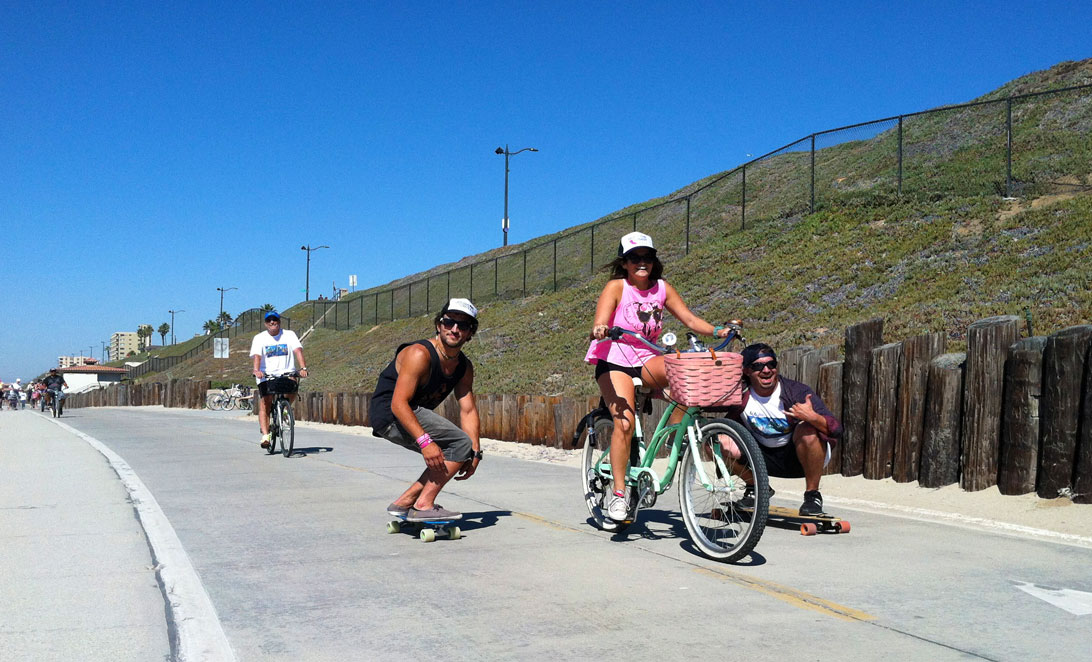 Hope Selevan tows in Shane Hernandez & Kevin Murphy for the final stretch of the journey. 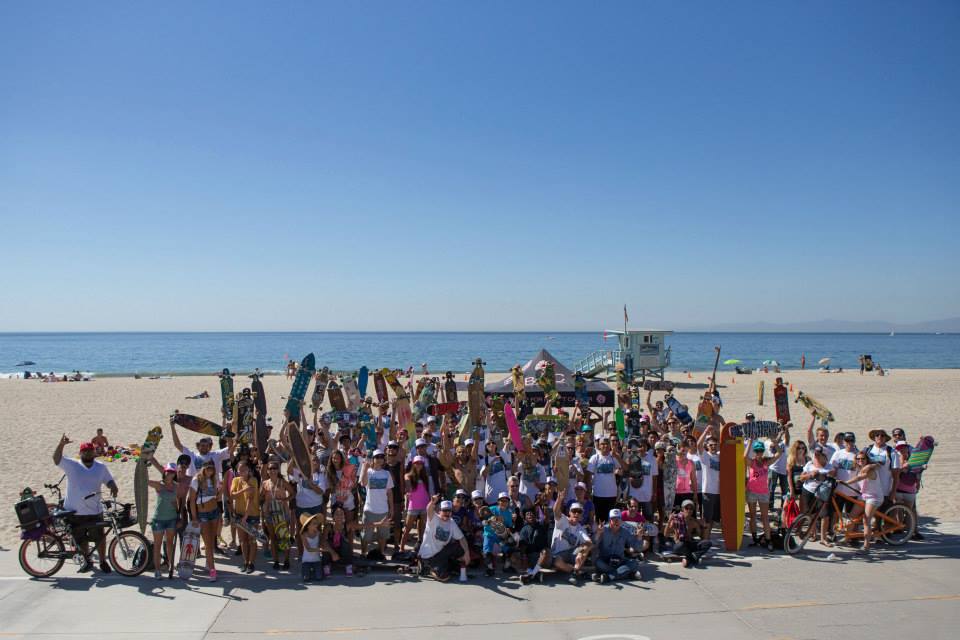 The after party was in a small plaza out front of Wahoo’s Fish Taco, with sponsor booths from Electric and Sector 9 as well as a stage with some live music. The food was good, the $5 pitcher was better, but the combination of it all was downright awesome. 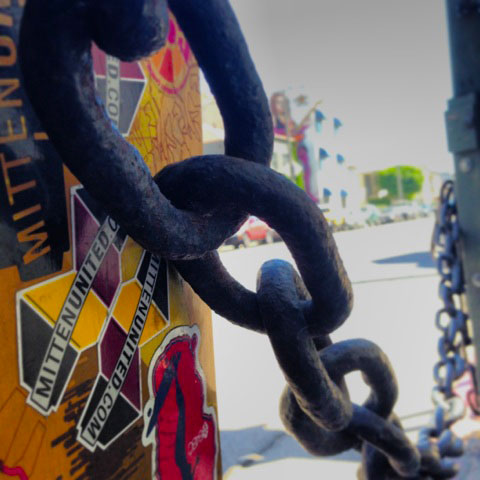 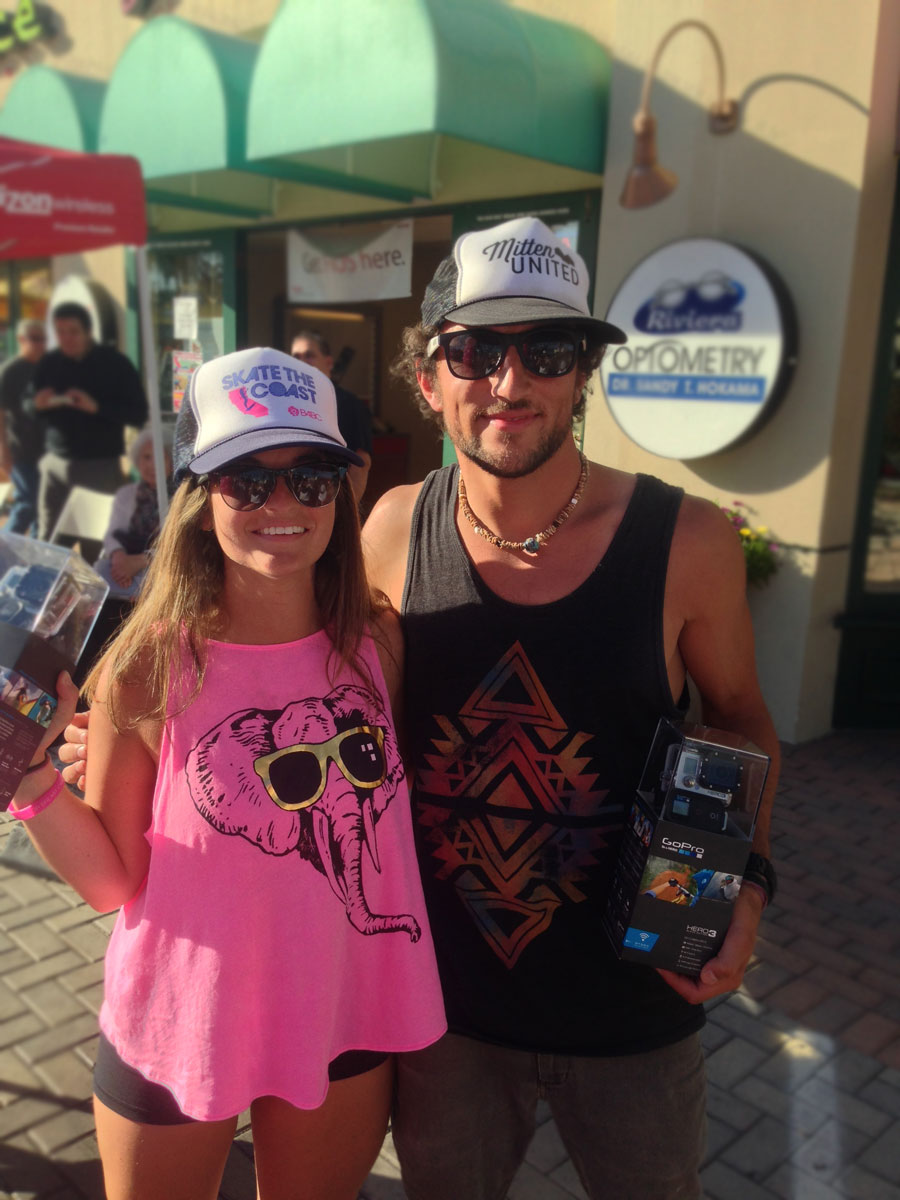 Award time. Hope Selevan raised well over $2k again this year and took home the honors of being top fundraiser again! I raised a bit more than I did last year, and happened to snag the 2nd place spot. The MU crew kicked ass once again and snagged the top fundraising team spot. What can we say? We love B4BC and enjoy every aspect of the event. From designing graphics & updating the website to fundraising thousands of dollars and skating over 18 miles— we love it all. It’s great to be a part of something bigger, something meaningful. Something more than just the present or normal. 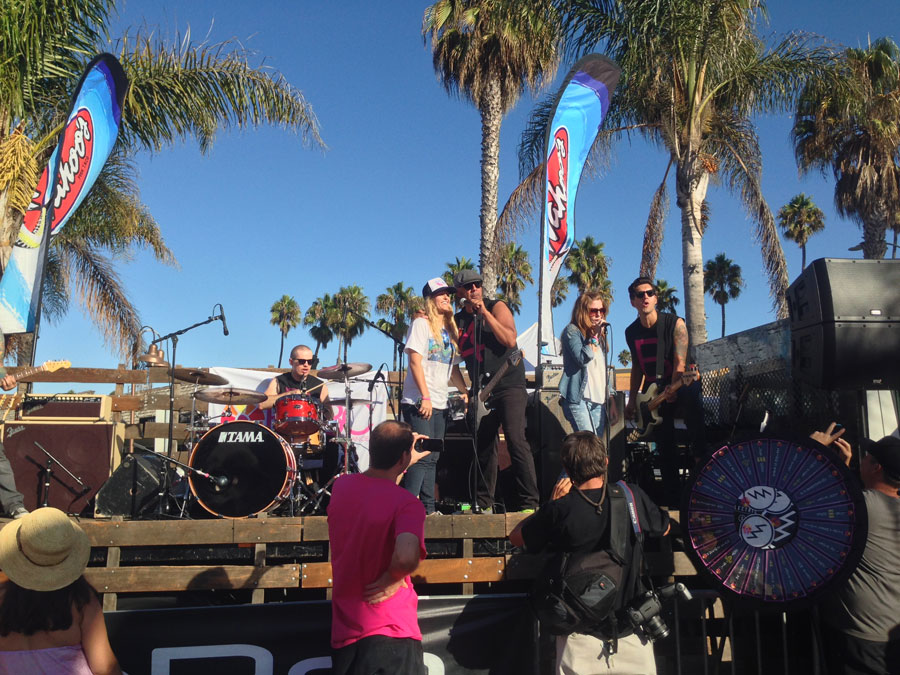 I ended up with a new GoPro Hero 3 Black Edition (STOKED!), some soft goods and a new Sector 9 deck. Nate Lava pulled through with a badass Sector 9 deck as well, and the rest of the crew walked out with some goodies for their efforts. But it’s not about the prizes at all. It’s about being the change. It’s about participating in something you believe in. Be healthy, get active, ride! 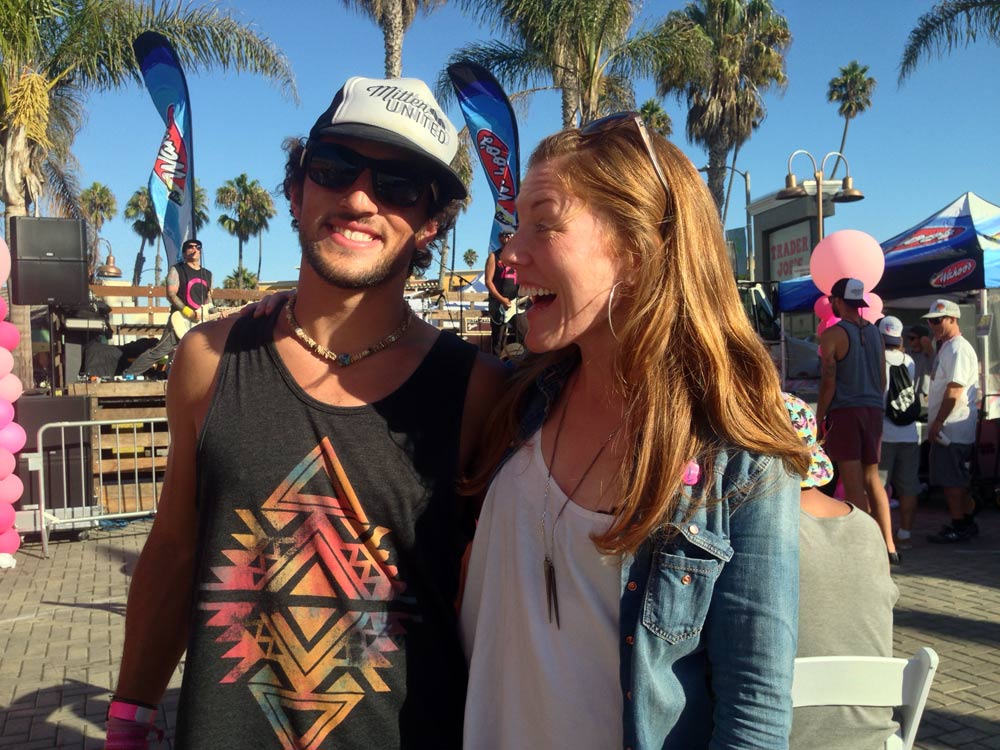 Executive Director Erika Seward of B4BC & Shane Hernandez of MU being silly after the event.

There’s something truly remarkable about the event, that can’t really be described unless you’re there. There’s this passion-filled energy that surrounds everyone involved. These uplifting feelings of happiness and joy. Everyone there wanted to be there, and chose to be there. It’s a cause worth fighting for. It’s a powerful thing, and it’s an amazing thing. I love it. 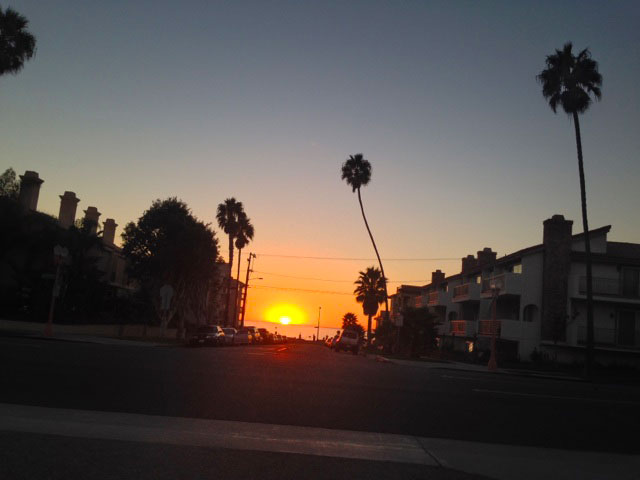 The actual sunset after the event. Shot with my iPhone from about 300 yards from the water.

Can’t wait for next year! Hopefully those missing from the MU Crew—Aaron Holmes and Tom Wallace—can make it (unlike this year, wink wink, nod nod). Until next time…