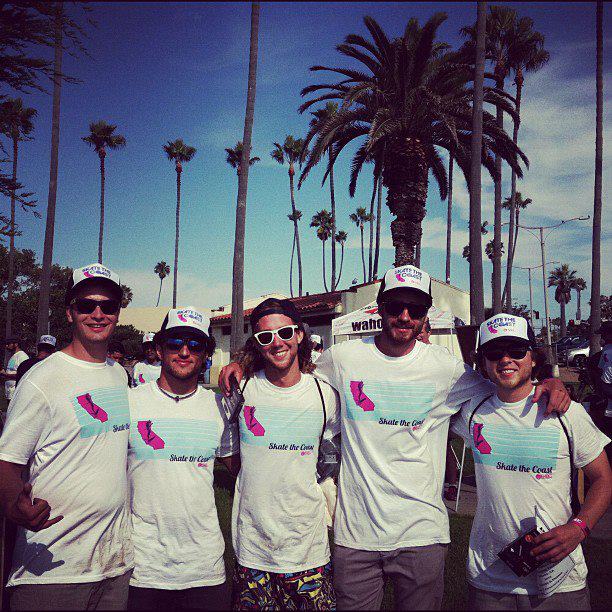 Nonprofit Event Skate The Coast Raises Over $21,000 in Funds! And Mittun Was The Top Fundraising Team!

This past weekend was a very special one for the Mitten United Crew. We made the trip down from the mountains of Big Bear, to the sandy beaches of L.A. to take part in the 6th annual “Skate the Coast.” This extraordinary event, put on by Boarding for Breast Cancer (B4BC), is an 18 mile skateboard push from Santa Monica to Redondo, all to raise money and awareness, to fight Breast Cancer.

The night before the skateboard marathon, B4BC held a pre-party at Watermans, in Hermosa Beach. When we walked up to the B4BC tent at the entrance, we were immediately greeted by the seemingly always smiling faces of the ladies at Boarding for Breast Cancer. They have infectious smiles that always cause my face to follow suit. After checking in and handing over the required waivers, we got our official Skate the Coast hats and t-shirts. Then they told us that Shane had won a raffle, scoring a brand new Sector 9 skateboard! 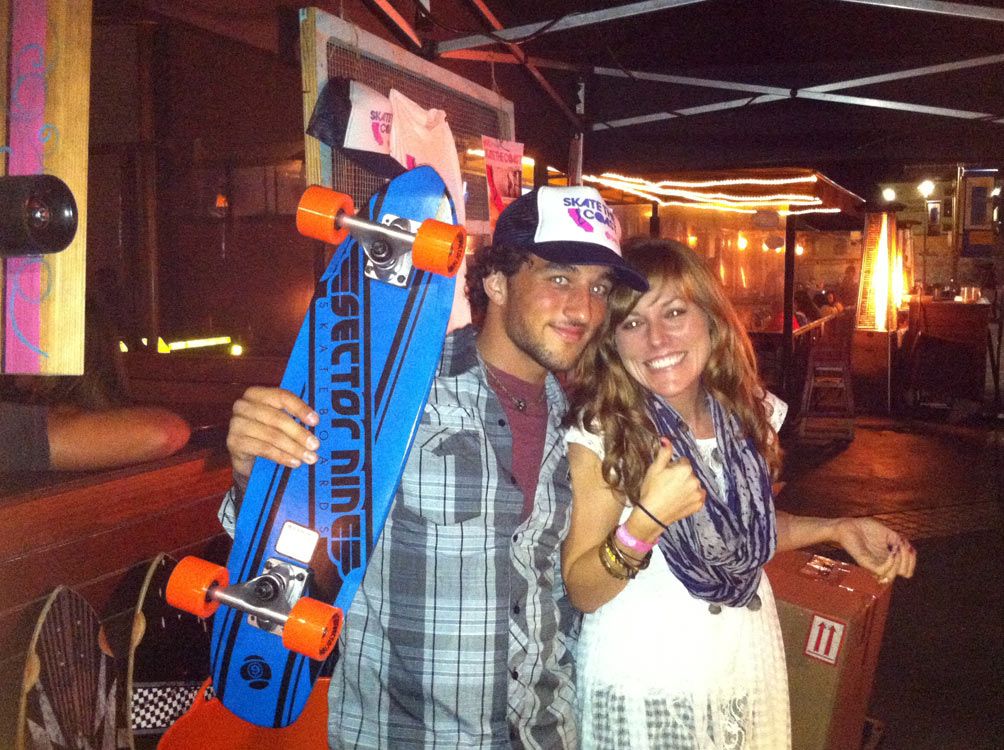 On top of all this, we also got to meet pro snowboarder, and B4BC team rider, Elena Hight!

Bright and early the next morning, we met the over 150 other skaters at the Redondo Pier. We all piled into shuttle busses that drove us North up the coast to the starting point at the Santa Monica Pier.

Once we were at the start point you could feel the excitement building. Everyone waiting for the word “GO!” The energy in the air was unique. It was some kind of special “stoke” that only manifests when you do something that genuinely is going to make a difference…for the better. In these moments before the start, every one of the nearly 150 skaters, were instantly friends, all pushing for the same goal. After the necessary safety speech, our fearless leader for the day, Curt Sterner, led the mob of white “Skate the Coast” t-shirts down the coast.

Throughout the skate, B4BC had arranged hydration stops, to keep everyone hydrated and energized. The whole time everyone was still so amped up on what we were REALLY doing (fighting Breast Cancer) that the skate flew by! On lookers clapped and cheered at points, as the group blazed down the boardwalks and bike paths, winding our way all the way to Redondo!

Once there, we took some group pictures and headed to the after party. Wahoos provided free food for all participants, and B4BC had “top fundraiser” awards. Earlier in the week, each member of the MU Crew created their own individual fundraising page, as well as a collective team page. We were required to raise at least $50 to participate in the skate. When all was said and done, our five member team raised $2,445, helping B4BC reach, and surpass their goal, hitting almost $22,000 in total money raised! 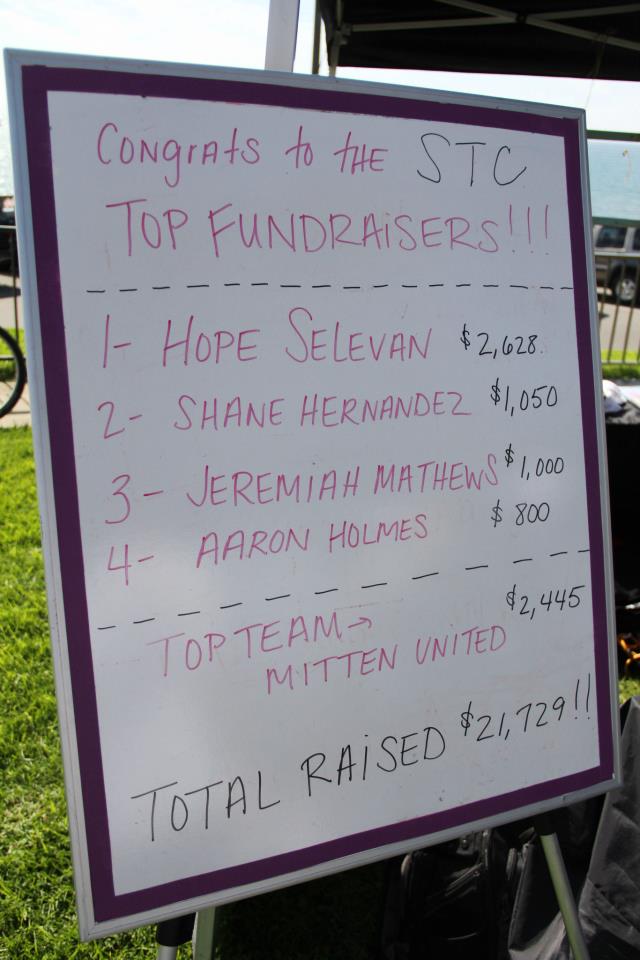 For this, the five team members received some goodies from B4BC, as well as a private skate session with Curren Caples.

Two of the five “Mitten United Crew” were in the top four, for individual fundraisers, and B4BC hooked us both up with a brand new GoPro Hero 2, while our teams top fundraiser, Shane, received a new Loaded Dervish Sama! The lucky dog walked away from Skate the Coast with two brand new boards for all his hard fundraising. But it wasn’t about the prizes for us. We were all so stoked to help out this amazing cause, that all the other things were just an added bonus.

Thanks to B4BC, and GoPro for putting on this incredible event. The Mitten United crew is sure to be back next year! 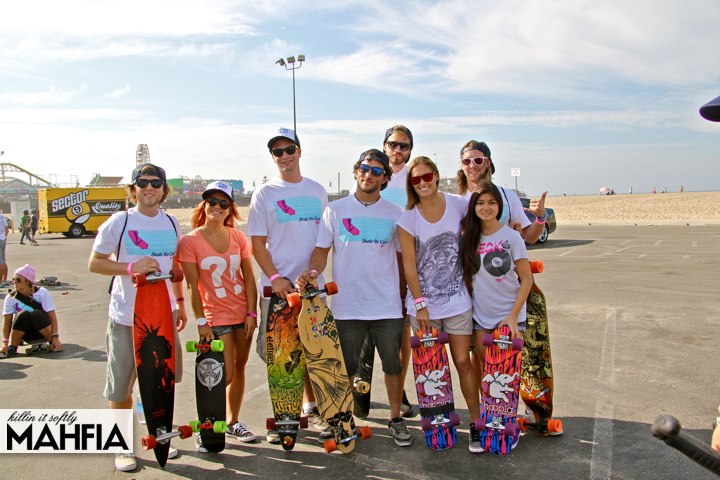 The MU Crew & the B4BC Pro Team pose for the camera just minutes before the 18-mile push. Photo by MAHFIA 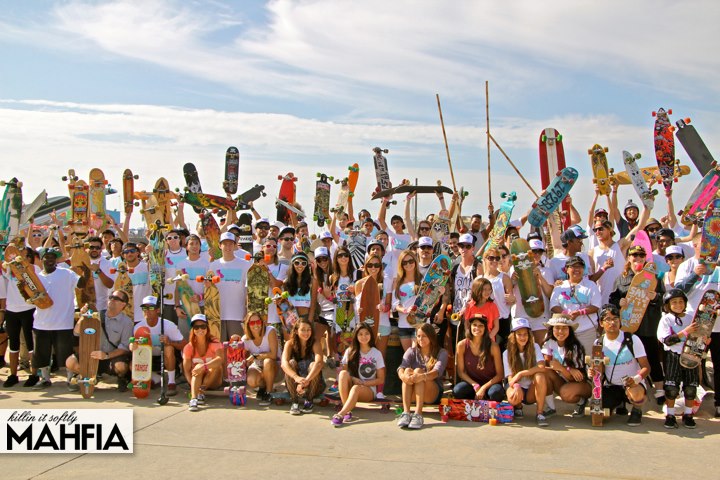 150+ Skaters group together to show their support. Photo by MAHFIA